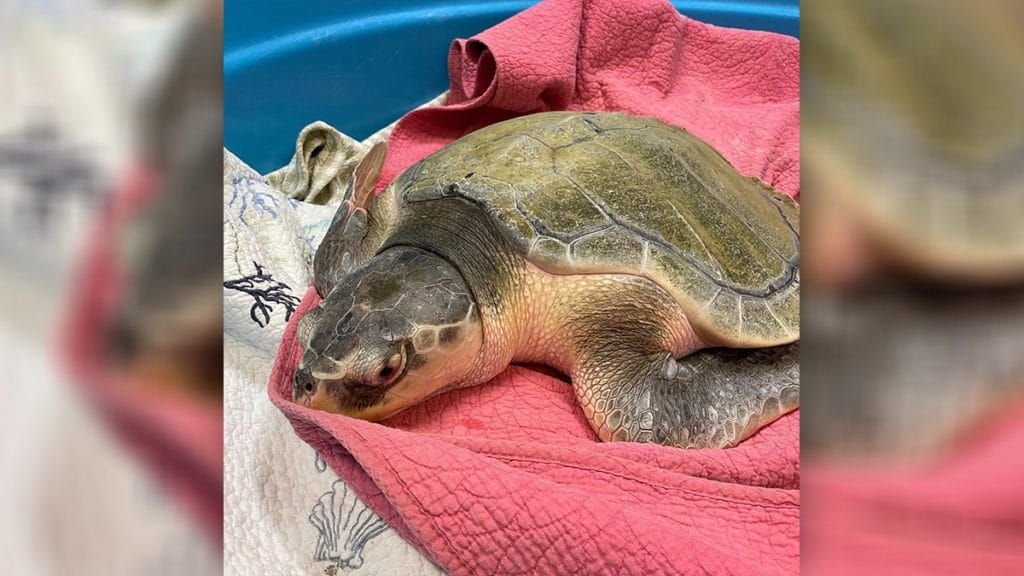 CHARLOTTE HARBOR, Fla. – A red tide bloom off our coast is suspected to be responsible for the death of the world’s smallest and most endangered sea turtle.

On May 14, a Kemp’s ridley sea turtle was admitted to CROW after it was rescued in Charlotte Harbor, according to the Sanibel Captiva Conservation Foundation.

The turtle was found floating, breathing strangely, and acting like something was stuck in its mouth. Veterinarians suspected red tide poisoning.

Despite intensive treatment for brevetoxicosis, SCCF said the turtle did not survive.

The Kemp’s ridley is critically endangered, meaning it faces an “extremely high risk” of extinction. The turtle was named for Richard M. Kemp, a fisherman who submitted the type specimen from Key West in 1880.

There are only a few thousand nesting individuals left in the wild, wildlife experts said. The olive-colored turtles typically weigh 85 to 100 pounds and measure 2 to 2.5 feet in length, SCCF said.

Kemp’s ridleys rarely nest on our islands as their main nesting site is on the Gulf Coast of Mexico, but they can still be found in our waters. Rare nestings were documented on Sanibel in 1996, 2011 and 2018.

If you see a sea turtle in distress in Southwest Florida waters, please call Wildlife Alert 888-404-FWCC. Cell phone users can also call *FWC or #FWC, or send an email to moc.CWFyM@piT.