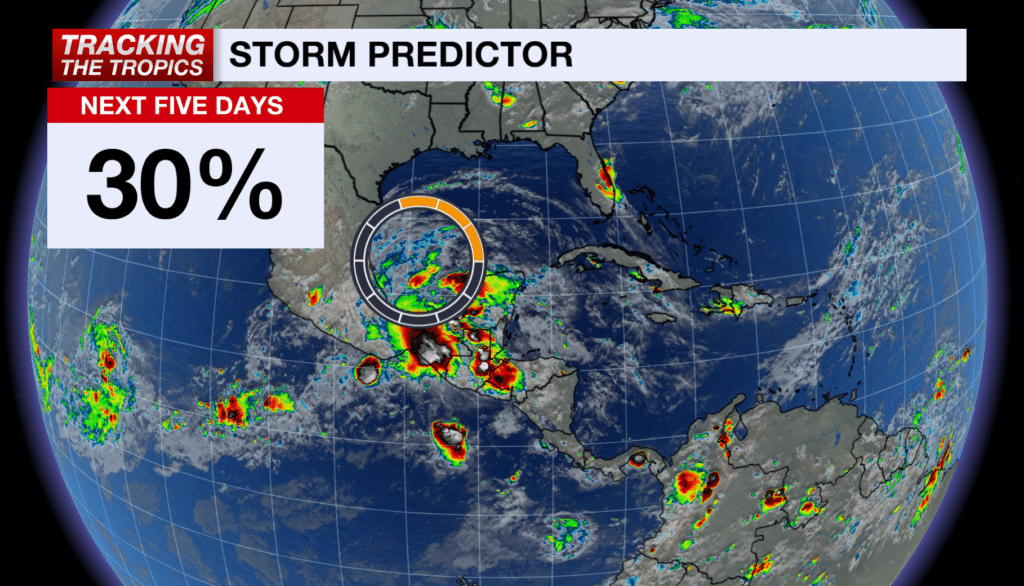 Tropical development possible in Gulf of Mexico next week

The NBC2 First Alert Hurricane Tracking Team will be keeping a close eye on the Gulf of Mexico in the coming days where an area of low pressure could form by next week.

As of Friday evening, storms are developing in the Bay of Campeche, but without any organization to them.

If you look at a wide view from the eastern Pacific across Central America and into the southern gulf, you’ll notice a zone of stormy weather in association with a large area of low pressure centered over central Mexico.

The reason why this is interesting to us is because larger circulation, known as the Central American Gyre, will sometimes spawn smaller disturbances that can grow into tropical systems if atmospheric conditions are right.

Our latest forecast models, which are programmed to simulate how the atmosphere will change over time, predict an area of low pressure will form in the southwestern gulf by the second half of next week.

If a low forms here where water temperatures are currently in the 80s, gradual tropical development will be possible.

At this time there is no threat to Southwest Florida since this would be occurring on the other side of the gulf, but keep an eye on the forecast over the weekend and into next week.

As of now, a possible scenario would be that tropical moisture would stream into our region and increase our rain chances for next week; however, with nothing yet developed this forecast will most likely change.

The NBC2 First Alert Storm Team will keep you updated if anything changes and will be the first to alert you if a tropical system develops.

The post Tropical development possible in Gulf of Mexico next week appeared first on NBC2 News.